My Glimpse into the Akashic Records

When I heard mention of the akashic records in one of Belsebuub’s online talks my interest in this subject, which I’ve heard of before, got rekindled. I became interested in seeing if it was possible to use the akashic records to look back in time to understand and correct my psychology.

Committed to Finding the Akashic Records

I still didn’t know how exactly I would access the akashic records but I knew they weren’t physical and that if I was to discover them it would have to be through a metaphysical experience. I also knew that it required help from spiritual beings in other dimensions, faith, and a proper purpose. 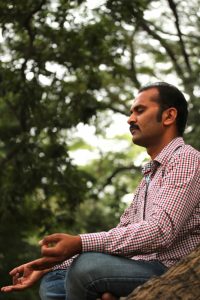 So I put together a plan of action that involved prayer, meditation and concentration practices. After a period of preparation I felt ready to give it a go.

So on a set night I began with strong and sincere prayer and then a series of practices with the intent of traveling in my astral body to the akashic records.

After a few hours I finally found myself out of my body and in the astral realm though things were not quite as I expected.

Everything was crystal clear, I was focused and aware, but I wasn’t quite where I expected to be. I had thought I’d find myself in some illustrious library or perhaps in an old and dusty basement surrounded by books (as in the past I pictured the akashic records to be a book of sorts, with records of the past). But it was neither of those places. Instead I found myself in the backyard of my parents’ home on a bright and sunny day.

I heard a familiar voice in the street on the other side of the fence, so I hopped up onto the top of the back fence and surveyed the scene in front of me. In the street I saw a newish car with a handsome young couple emerging from the front seats. Sitting in the back, buckled into their seats were two well behaved young children.

I looked at the mother as she tended to her children and was startled to realise that it was my mother, and the car was identical to one we had owned when I was a child. She said something to the man, who was actually my father, then turned to unbuckle the children. I looked more closely at the children and realised that sitting right before my eyes was my sister and myself, she looked about seven and I would have been six.

I was startled by what I saw, not quite believing my eyes. “Mum” I called before I could stop myself. She turned and looked at me wide eyed in disbelief. “It’s me, your son” I said. She looked at me totally confused, an adult was addressing her who was totally familiar yet totally unknown. I could see I was causing her some distress, which was the opposite of what I wanted, but how could I put her at ease? I knew there was nothing I could say that would make sense of the scene for her. I hopped down from the fence and onto the street, quickly I muttered “my mistake”, then walked rapidly away leaving the scene behind.

A Fresh and Eye-Opening Experience

Soon thereafter I returned to my physical body and woke up. Wow, that was really intense I said to myself. It was totally different to what I had expected, yet so real and compelling I knew it was real. I had just been in the akashic records and it wasn’t like anything I expected. It wasn’t some old and dusty book full of stories of the past, it was a real and living record of what once was.