Some Attempts to Meet Belsebuub in the Astral Plane

Meeting Belsebuub in the Astral after a Long Period of Lucidity

I didn’t have any particular question for him, but had faith that if I did succeed, he would most likely show me exactly what I needed at that time.

So I didn’t prepare anything, just kept this goal of meeting him on my mind and practiced the techniques of astral projection every night. I also did the exercises for becoming lucid in my dreams, including checking regularly whether I was in the astral or physical plane during the day. After each check, I would remind myself of my astral goal.

After a few days of these efforts, I managed to become lucid in my dream. I started flying high to the sky, enjoying the freedom of being conscious in the astral plane.

For a while, I lost my awareness, only to see and hear symbolic things, and shortly after that I regained my lucidity again, still flying. In order to prevent falling into unconsciousness again, I started paying close attention and didn’t let any thoughts to distract me. 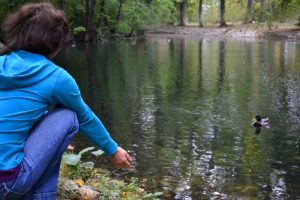 Whenever I felt like I was losing the scenery, I touched something that was a part of the landscape, like a tree or a bush, to help me to stay there longer.

Then I remembered my goal of calling Belsebuub. I started calling him, but saw that the people around began looking at me, so I decided to find a more secluded place.

After finding it, I started calling Belsebuub again. But nothing happened, so I continued flying around.

I was flying above a nice landscape with bushes and trees, and kept calling him again and again here and there. In the meantime I observed the scenery.

I noticed there was a group of people walking below me, who looked like students being taught. I flew closer to them, but then felt like I may be disrupting them and so I flew away again and then noticed a beautiful yellow bush. I flew to it and picked up a small branch, and started calling Belsebuub again, planning to maybe give him this branch as a “welcome” when he arrives. 🙂 But nothing happened.

At this point my focus started to deteriorate a bit and I knew I had to do something quickly, otherwise I could lose the experience and wake up or fall into a dream.

Then I noticed a very tall tree, and decided to fly on the top of it in order to have a better view if Belsebuub appeared, and started calling him again. I felt my awareness fading at this point, so from all my remaining strength, I started saying the Bellilin recitation, just to hear my voice and to help me to stay lucid.

After this I made one more attempt to call and immediately after, I saw Belsebuub approaching the tree I was sitting on. He was dressed with a symbolic type of clothes and after reaching the tree he did and said some things, and then took me somewhere else, communicating through a combination of telepathy and singing, which conveyed an explanation of some things I was pondering on at those times.

Even after many years, I still remember the feeling of this experience and how I felt almost “bored” in the astral, not knowing what to do while being lucid there for a such a long time before he finally arrived. 🙂 I’m glad I persisted and received that teaching.

Meeting Belsebuub after a Prayer

During a period of lots of experiences with negative beings in the astral plane I had a scary dream where some entities were attacking me. The dream had a sense of reality to it and I immediately woke up from it frightened.

At this point, I felt like these attacks had reached an intensity I was not able to deal with on my own, and started intensively calling and praying to Belsebuub for help. I fell asleep while praying.

Immediately, I found myself in a clear dream. A car approached me, with Belsebuub in it. He stopped and I went inside it and we started talking.

I told him about the negative attacks and how bad they have become and how I felt like it was too much for me to bear. He listened to me very attentively and then told me something that gave me a hope that the attacks would stop. I also understood from this conversation that I was not the only one at that time being attacked like that.

After this dream, the heavy attacks stopped. I still kept encountering the negative entities of course, but they weren’t so out of proportion as before.

On this occasion I didn’t actually meet Belsebuub, but managed to learn some unexpected things, including the powerful effect that just pronouncing his name had on the negative beings.

During a walk home from my work I decided to intensively apply the technique of elimination of negative inner states I learned from Belsebuub’s work. I paid a special attention to unrelated thoughts/mind chatter, making sure to get them before they got a chance to develop into the elaborate stories.

That night I found myself conscious in the astral plane and remembered my goal of calling Belsebuub, whom I wanted to ask some personal questions. This time, however, instead of simply calling him, I decided to ask to be taken to him.

Immediately, I started feeling a magnetic pull and began flying by a rapid speed, using the Bellilin recitation during the flight to ground myself and also to clear the air from any possible negativity.

After a while, the flight became slower and I landed somewhere in a town, next to an administrative-type of building, with the entrance door made of glass. Thinking that maybe Belsebuub was there, I entered.

I found myself in a big conference room. It was mostly empty, but it looked like some audience was expected, as the chairs were arranged accordingly. At the end of the room there were two men working on something on a computer, as if preparing a presentation for that meeting.

I walked towards them, and wanting to be polite, I stretched my hand to give one of them a handshake. However, as I was trying to do that, I felt some sort of “repellent magnetic force” that prevented me to touch his hand.

After this, the men asked me what I wanted and I told that I was searching for Belsebuub. After saying his name, the two men got thrown back towards the wall, as if a strong wind swept them away. This surprised me, and in the same time I started to suspect that I could be dealing with negative beings here. But since it was me who entered their space, I decided to just continue being polite and hope for the best…

One of the men asked me why I was searching for Belsebuub and I answered in a general way, to which he answered something that surprised me and sounded like it could possibly contain some elements of truth.

At this point the room started to fill with people who were staring at me, so I said good bye and hoped for a smooth departure.

I made it out of the room, but as I tried to take off and start flying, I felt a strong unpleasant sensation in my lower back that instantly woke me up. I have experienced this kind of attack many times in the past, so I knew what it was. The entities just weren’t going to let me continue on my journey.

Later on, I read an experience of Belsebuub’s wife about the powerful effect of Belsebuub’s presence on a group of negative beings that she and her husband encountered in a similar high-tech building with a computer screen, that made me remember this experience and realize the power of Light against the Darkness. Even just seeing my hand “repelling” the entity gave me an indication of how differently “charged” those who work for the Light and Darkness are.

“To defeat the evil within, you need to be able to see it. If you don’t see it, it will have control over you and you cannot fight it. If humanity were full of good, how different this world would be. To defeat the evil within requires a victory over temptation and ultimately a return to the absolute awakened, and to have finished the path.”