My Conversation with a Student from (Possibly) Another Planet

One early morning, after seeing off my husband who was traveling to another country, I went back to sleep, trying to clear my thoughts as I was falling asleep — a technique I learned some years ago through Belsebuub’s work.

After some initial subconscious dreams, I started becoming a bit clearer, finding myself being held by a being who I first thought was my husband. In my semi-conscious state, the being looked and felt similar to him, but when I tried to see his head and face, he kept turning and moving away, so I couldn’t see him. This prompted me to start pronouncing the Bellilin recitation for dispelling negativity. As I finished pronouncing it 3 times, the being released his grasp and walked away. Seeing him walking away, I added a few more rounds of the recitations ‘just in case’ and started flying.

Still a bit in my subconscious, I saw a warehouse type of building but had a feeling that it would not be a good idea to open its door and go inside, so instead I flew to its roof and walked on it a bit. Gradually, my mind became clearer and I decided to fly towards the sky instead of exploring the buildings on the ground, now being fully aware that I was in the astral plane.

Flying Towards the Sun

The sky was somewhat cloudy, and I thought maybe it reflected the actual day in the physical dimension, where it was cloudy too. However, after a bit more flying I became aware that the sky was not necessarily cloudy, it was more like a gentle white fog that can sometimes be seen before the sunrise, and there was a white glow on the horizon where the sun seemed to be either rising or setting. I wanted to observe it closer and decided to find a nice spot from which I would have a nice view. After some flying, I saw a long stone/concrete protrusion that was part of a bigger structure on the top of a mountain or a hill. It seemed to be the highest place in the nearby area, overlooking a bigger city.

I flew to the protrusion and sat on it, observing the sun. It now seemed like it was glowing behind a very thin veil of white clouds, close to the horizon. I was still not sure whether it was rising or setting and tried hard to get clearer internally to observe its movements, using a variation of Belsebuub’s techniques to acquire the inner clarity I was looking for. As I was doing this, I suddenly became aware that I was sitting on some things, which after a closer examination I found to be a small pile of notebooks and pencils. At the same time, I also became aware that there was a sort of plateau below the stone protrusion, where a larger group of students were working on some assignments, and some have left their tools on the concrete protrusion I was sitting on. 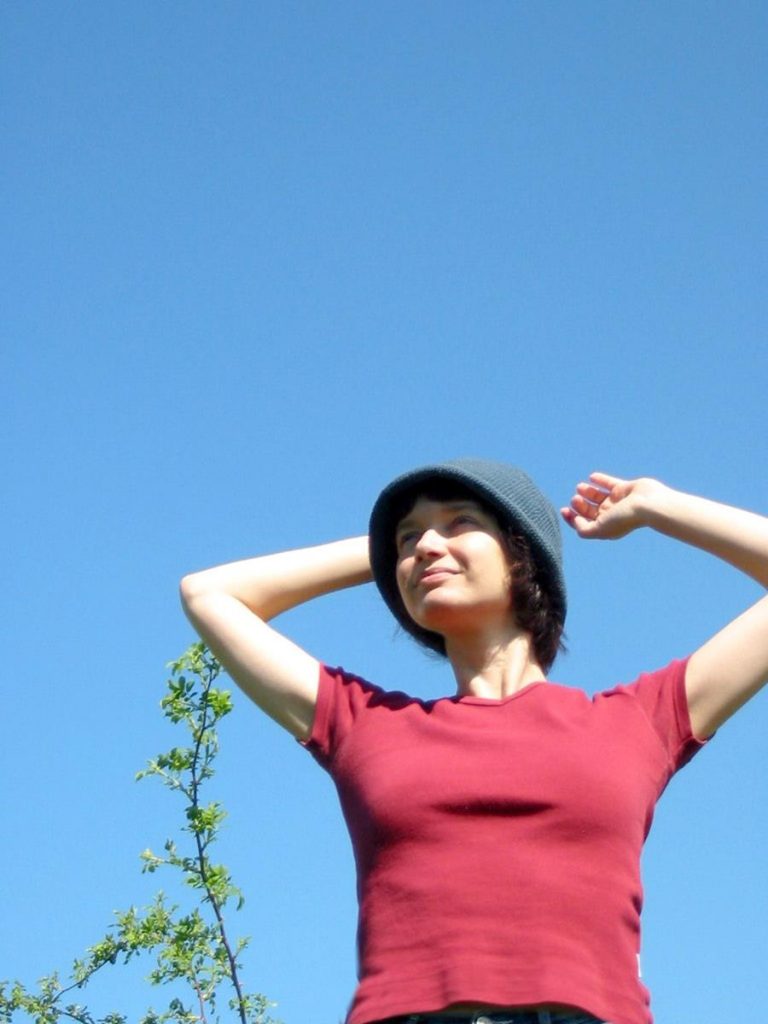 I quickly stood up and arranged the notebooks into a neat pile and sat a bit further. Soon after that, a student came and took his things, looking almost apologetic that he left them there. I observed the students below me and thought how amazing it was that they were working on their assignments outside, in such a beautiful spot of nature, under the glowing sun.

Soon, a young girl with long hair sat next to me and I asked her if I was looking at a sunrise or a sunset. Her answer surprised me, as she said that it was “the good one.” Therefore, I figured that she must have meant sunrise, as it usually has a more positive association than sunset. I also told her I found it interesting that they were working there in such early morning hours. She looked like she didn’t quite understand what I meant, and I suddenly got a hint to ask her what planet it was. She replied with a name I never heard before, so I asked where that planet was, and she told me another strange name, similar to the first one. I asked if that was the name of a constellation or a group where the planet was located and she nodded.

After this I told her that I was from Earth, but she didn’t seem to know our planet (or the name) either. Therefore, I told her that it was a planet that had big problems with evil. She started looking somewhat concerned, so I added that it was not necessarily the people that were so bad, but that there were some strong forces of darkness acting upon the Earth, and that it also had a heavy “planetary karma” (not quite sure why I decided to word it this way).  She nodded like she understood, and I added that it was therefore very hard for us to awaken, to which she replied that it was very hard for them as well! 🙂

My impression from the students, the whole environment and the way the girl was talking to me was very light though. It felt as if they had a lot of time on their hands, time to study different things, enjoy their environment, be open and learn. It seemed, they were also more aware than us, as they perceived me and communicated with me very clearly in the astral plane.

Shortly after this conversation, I started returning back to the physical world, gradually feeling my physical body until I fully woke up.

Piecing Together the Experience

Later on, I tried to search for the name of the planet online, but as expected, could not find much on it (the same happened to me on other occasions in the past, when I tried to Google some words and names that I heard in the astral plane).

However, after some more searching, I found out that the name indicated Sun, Sun’s brilliance, or sometimes “spirit”, in the ancient Accadian language, and the base of the word also meant Sun in the ancient Sumerian language.

This made me wonder if it was an actual name of another planet, or if the girl was simply telling me the name of the Sun since we were talking about it before. I also don’t remember flying in the space before this experience, I was just simply flying following the Sun until I found that spot.

In any way, it was a very unexpected and memorable experience for me, which made me think again of the different beings that exist out there, looking very similar to us, and yet, from what I could perceive, so different internally.

How I Met with Extraterrestrials in the Astral Plane

Meeting an Extraterrestrial in My Dream

How I Met with Extraterrestrials in the Astral Plane

Meeting an Extraterrestrial in My Dream